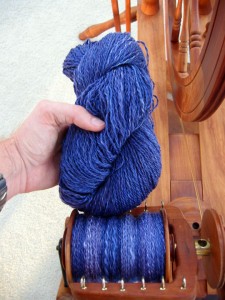 It was an incredibly fun spin; and at the time, I thought I was going to use it for weaving. As time went by though, I thought the yarn might be too thick to weave a scarf of the proportions that I would want. It occurred to me that this might be the yarn to knit the Azalea in. 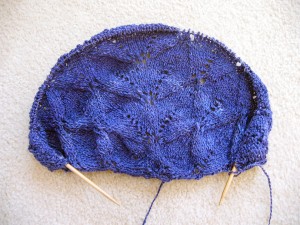 It was a quick fun knit, though I will not use these bamboo needles again for something like lace again. The joins between the wire and the needle is not smooth, and the yarn did not slide over the join well, causing some of the stitches to “skip” over each other, causing me to be watchful of how the stitches were situated before knitting them.

With the knitting done, I blocked it. 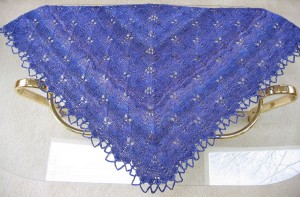 I gave it to my mother for her 80th birthday. 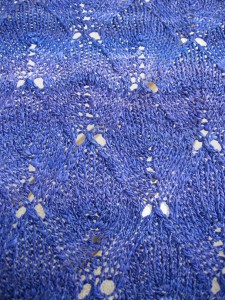 Kate just had an open studio yesterday. It was a fun event, and as you may have guessed, I got more Sea Monster!

5 thoughts on “In Bloom”