Work is continuing on the socks that will be my demise. 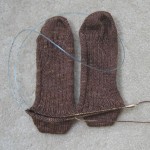 I did finish the heels. (Actually, I am a good bit further along than that, but this was the last time I took a photo.) I did short row heels for this pair of socks, as it tends to be my default heel. When knitting two socks at a time, short row heels are not necessarily the best pick. Part of the idea behind doing socks this way is to do one round on the one sock, and then immediately do the same thing on the other. By doing short row heels, I had to do the entire heel of the one sock before I could start the heel of the next sock. Trying to do the heels one row on each sock “simultaneously” would have meant slipping a whole lot of stitches that would have been a lot of wasted motion, in my opinion.

Doing the short row heels here was all kind of awkward for me, especially when it came time to pick up wraps around the slipped stitches at the turns. Having that other sock hanging on the needles just felt like it was in the way just by having its weight on the needles.

Of course, having a tangled mess 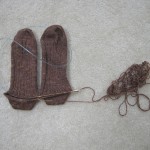 after knitting the second heel does not help my opinion of the matter. This is due to knitting from the inside and the outside of the center pull ball that I keep in my “Yarn-Tainer”, which I lovingly refer to as my “Yarn-Condom.” (I call it this as it keeps those that want to handle and admire what I have got from actually touching the goods and getting their germs all over it.) When drawing the yarn from the outside of the ball to knit the second heel, that yarn would catch onto the yarn being drawn from the center of the ball, and bring it along for the ride, thus the big blob of yarn. This is why I always see Dorothy turning her ball of yarn over and back like she is playing timed chess against herself when knitting socks two at a time. Having my yarn in the yarn condom makes this difficult, though.

I need to finish this thing up, as it is a gift and it is keeping me from other things. 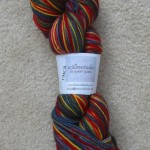 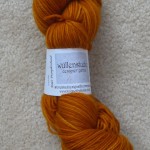 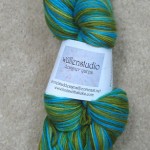 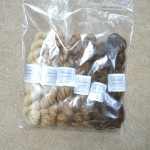 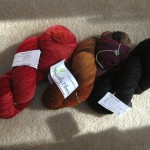 Yeah, I am not lacking for projects, am I?

2 thoughts on “Slipping Away”