Ah yes. Another year, another Maryland Sheep and Wool Festival. What a time. The day before the festival, I helped one of the vendors, Jennifer of Spirit Trail Fiberworks, set up her booth. She had an armada of helpers, most of whom I recognized from years past when visiting her booth. Myself and one other person were the new faces.

Set up only took a three hours, and we were done. She had things pretty well organized, as expected for doing this festival and a number of others for a few years now. As a thank you, I got a little something-something, which you will see later when I show my haul. Yes, this little piggy went to market!

Later that day, I went back to help set up the skein and garment competition after the judging. As a special bonus, Mr. Penney came along to help out. After seeing the goings on with the set up, I think Mr. Penney is really wanting to provide his organizational skills to the task. Either that, or never come back again. One or the other.

Finally came Saturday, the opening day of the festival, and I took a half day course with Charlene Schurch on new toe-up heels for socks. 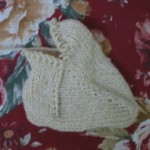 This is what we made. Don’t worry, it is not supposed to fit anyone. And I would be worried if it did fit someone. The heel at the bottom is the reverse French heel and the heel towards the top is the unwrapped short row heel. It was a great class, and if you have the chance to take a class from Charlene, I would advise you to do it.

After class, I met up with my friend Bonnie and we grabbed a little lunch and went on our way, shopping. Oh, and did I shop. Look for me on an upcoming episode of Hoarders! I’ll just tell you which booth I purchased what you see below. If you really want to know what it is, I should have it up on my stash page on ravelry soon. Also, the name of the photos will give you a pretty good idea of what the yarn and/or fiber is.

First, Spirit Trail Fiberworks, some purchased, some being the thank you from Jennifer. 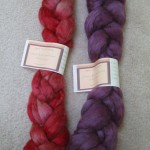 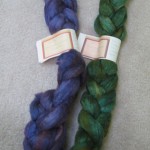 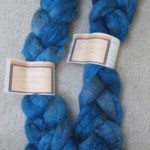 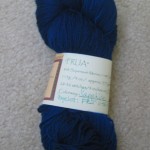 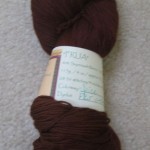 Next, Fiber Optic, which, to my and apparently their own surprise, had their own booth this year. Apparently, they were asked on Saturday morning if they could replace one of the vendors that dropped out at the last minute. 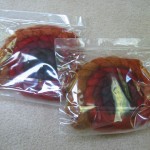 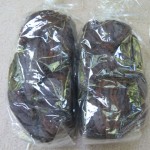 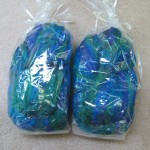 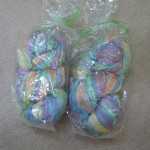 And, then came Sanguine Gryphon. 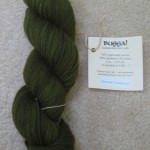 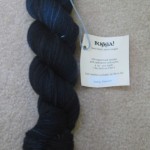 Next up, Cloverhill’s booth, which had Wullenstudio, Dragonfly Fibers, and many others. 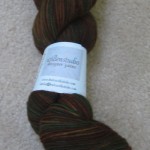 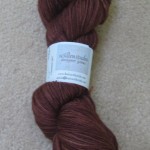 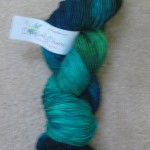 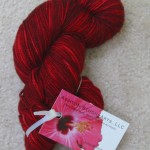 I finally joined the club this year and made a purchase from Brooks Farm to knit a sweater. (Actually, I had made a purchase of mohair from them many years ago, of which I made my nieces scarves.) 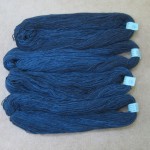 And my regular purchase of Romney and mohair blend from the Barefoot Spinner. 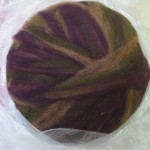 What you don’t see here is the Romney x Corriedale fleece that I purchased at Triple R Farm because it immediately went to Zeilingers to be processed.

What happened to the Romney fleece that I purchased last year from Triple R Farm? 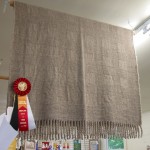 I went back to the festival Sunday afternoon to pick up my entry. More on that the next time.

4 thoughts on “The Weekend”